Spring is in full sprint. I hope everyone is doing well.

I have been neglectful with my writing lately. In the last couple of months, with lakorn prospects looking bleak – since I was only watching Krong Kam (when usually I balance a few lakorns at a time) – I’ve relegated myself to Twitter because it matches the pace of my lifestyle (which is craziness and all over the place!). Twitter allows for quick thoughts and commentaries, and makes it easy to just post a screencap. While that is fun, it doesn’t allow me to edit or really think about the lakorn as a whole. Having said that, I probably won’t be doing the traditional full recaps on the blog, we will reserve this site for reviews, impressions and things I write when I have time to sit down and think.

Another platform that I’ve been active on is called Discord. Neko actually introduced me to this gaming chat site (if that is even a thing!), though I’m not a gamer, Discord is a great place to chat about lakorns (and really just about anything). Active subbers are on there posting releases and you can fangirl with all of the fans and subbers there.  Fair warning, it’s addictive!

Here is the link. Keep in mind that this is where you go to chat, the subbed episodes won’t be uploaded there. Click Here to Enter.

Back to the topic of lakorns. I’ve got a poll on Twitter about future lakorns that are airing soon (or currently airing like Secret Garden). If you’re accessing this blog through a computer, you will see the Twitter feed to your right, that should allow you to vote. It’s ending soon so hurry! I will do live-recaps on Twitter for the winner of the poll. I’m actually not super excited about any of the upcoming shows to be honest, but I do miss Mik Thongraya and Pon Nawasch, so will see who wins.

Now that Krong Kam has come to an end (and so will Rak Jang Aoey soon), what lakorns are you tuning into next? What would you like live-viewing commentaries for? See poll, if you want other option, comment below #lakorns #next

So what have I been watching if lakorns have been slow? Other dramas of course! Most specifically everything that has to do with Hu Ge. I call it the Hu Ge tour. Allow me to explain without thoroughly embarrassing myself. I don’t remember the last time I fangirled so hard over an actor (awkward laugh). And when I do fangirl, I fangirl to the extreme, for example I will watch everything they’re in, read everything about them, watch every youtube videos they’re in. Age is just a number and no one is exempted from fierce fangirling, yours truly included! 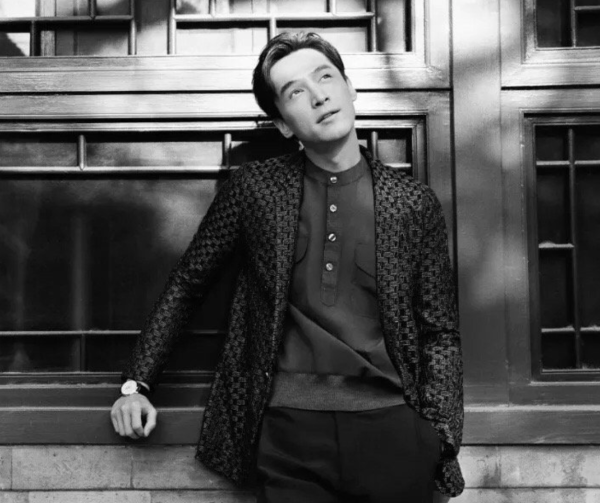 I first heard about him (yes I know, I’ve been living under a rock! In my defense, I don’t watch a lot of Chinese dramas) from Catattack because her mother is also a Hu Ge fan and she recommended Nirvana in Fire. I’m not going to write a review – because this is a lakorn blog (or is it?!) because it’s such a rage, there are articles upon articles about this show. Hu Ge brought Mei Changsu to life for me. Mei Changsu has to be my all time favorite character. It’s a revenge drama that pulled out all the stops. Though the show’s focus is not on romance between a man and woman, we still got a touching story between Mei Changsu and Princess Nihuang, you won’t feel deprived. More importantly, the show focuses on the relationship and bromance. Oh the bromance! Hu Ge had chemistry with ALL of his guys. When you have such compelling bromance(s), who needs anything else. The writing, directing and acting is epic, do check this out if you haven’t already.

After the first round of Nirvana in Fire, I had to read the English translations of the novel (yes yes I am insane) and it gave me a complete and total appreciation of the story – though I felt the drama is even better than the book, but the book helped me enjoy the drama even more! And then I had to watch Nirvana in Fire AGAIN.

Since we’re talking about the Hu Ge Tour, I then had to go back and watch The Legend of the Condor Heroes, all of the Chinese Paladin series, Disguiser, Desert of Love, Good Times and all of the interviews about Hu Ge. I believe the last series on my list is the Hunting Game, and I’m only putting it off because I will then have nothing else to watch with Hu Ge in it. He is on an acting hiatus and hasn’t starred in a drama since 2017. Please don’t retire, please don’t retire! I’m going to start sounding like the nang ek in Her Private Life (Kim Jae-wook is delicious).

He’s a fascinating actor, this Hu Ge. He also pens beautiful articles for Vogue. Upon reading up on his biography, I can’t help but feel that his character Yuan Hao (Good Times) is very similar to the man himself. Not a total replica, but the personality and some of the examples thrown in felt like Hu Ge had some input in the building of his character. It’s a good show but I do recall getting ragey in some parts – the nang rai is so slap worthy! And in the middle part of the show, Yuan Hao can be so dumb to get tricked! But overall I did enjoy the ride, and mostly because it’s Hu Ge. What a great tour to be on! And now I am sad because I will only get to stalk his commercials and whatever measly morsels he throws our way.

Anyways.. what have you been up to? What are you watching? Want to watch? Want me to watch? Fire away!