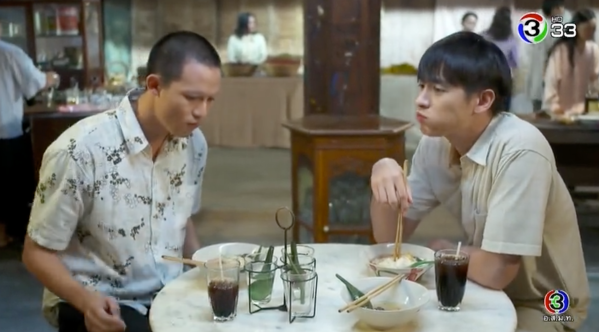 Happy weekend, everyone. It’s been awhile since we had an open thread, what’s going on in your life? What are you watching?

It’s spring which means lots of activities for #mommyduties. My #1 is taking tee ball, #2 is busy terrorizing #1. There’s preschool enrollment on the radar, and ramping up lessons for the summer.

But still, I have some time for lakorns (because it’s important to have me time), but before we get into the currently airing lakorn, let’s take a step back to discuss what shows have completed their run.

I did not get a chance to give my final thoughts on this lakorn, which is that it is all over the place. Mint does have chemistry with Mai Warit and that might be the redeeming part about the show. The story is ridiculous in nature, but it’s the lack of focus that inadvertently destroyed it.

I don’t know why I stuck around for this show, because it is such a big disappointment. With the title like Nang Rai, there’s so much you could do with it! Instead, the terrible writer made her nang ek as dumb as they come, with a pra’ek who is barely around and leaving us wondering how they fell in love in the first place. The show focused on keeping the two apart with a villain as annoying as Arthit and as meddling/cumbersome as the pra’nangs’ family. By the end, with a wtf last minute condition thrown at Kaewalai, I’m just glad it’s over. The only bright side is Maggi and Now, and their sismance.

Although this show was far from being accurate, since it is a boran lakorn with so much modern riffs, the acting and chemistry and the jokes are done in such a natural way that it feels authentically unique to itself. I enjoyed how Thong Ake remained consistently himself, how Chaba makes her own decisions and has to live with it – and even gets called out for it, and how their relationship developed and gets challenged to the very end. Happily ever after doesn’t always end when the girl marries the prince, but they have to live together and persevere through the highs and lows of life. It’s a show that solidified Mario and Kimberley for me, because they are so good together. #moreplease

Holy cow was this show a hot mess, but I sure enjoyed the first half. The second half introduced unnecessary conflicts and misunderstandings (and it’s ok really just to drop the second half). The chemistry between the leads is what gets me through, but it almost feels like I’m watching Twilight. Rich, talented buy meets a girl next door whom he later realizes is special too.

Sammy! I really do like her since Lueam Salap Lai (of which I intend to write a review for, so stay tuned!) and she’s back in a melodrama. She plays a nurse with a vindictive half-sister who goes out and pretends to be her just to ruin her reputation. Wtf right? So in comes the pra’ek who misunderstands that the nang’ek caused his best friend’s death and decides to seek revenge – knowing deep down that the nang ek could not have been responsible! So many things don’t add up – that any pra’eks worth his salt could figure it out – but alas, we got a dumb one because he would rather accuse her of shit she hasn’t done rather than admitting how attracted he is to her. And that my friends, is the funniest part of the show. What a dumbass. 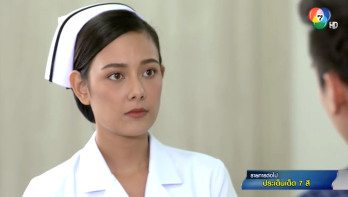 Ok I’m going to be real with you. My initial impression was great, but as Dr. Aoey goes to the rural town and as we get to know more of Poo Yai, I must say, I have given up on this show. Poo Yai remains nonsensical, Dr. Aoey is far from perfect, and well, their shenanigans is here to give us a cheap laugh with no lingering affect. The biggest drawback is that Taew and Ter is lacking major chemistry – I felt Taew had more chemistry with her assistant, Prima.

Krong Kam is the only airing lakorn that I’m still enjoying thoroughly. It’s just such an entertaining show, Yoi has gotten way better now that she’s under Renu’s love spell (because she’s not bulging at the eyes and screaming her face off) and I’m enjoying how she interacts with Renu. It’s not even a romance show but there’s a lot of love and care written for the characters. Despite some of the bad situations these characters find themselves in, there’s always a way to resolve it. The show makes it feel like we’re watching real people figure things out, which makes for an uplifting watch, and not as sad as you would think. Well, until it does get sad and you’ll be reaching for a nearby paper towel (because you ran out of tissue paper).

Since I’m only watching Krong Kam live, that leaves some time to find something else to watch. Let me know what you’re watching or recommending.