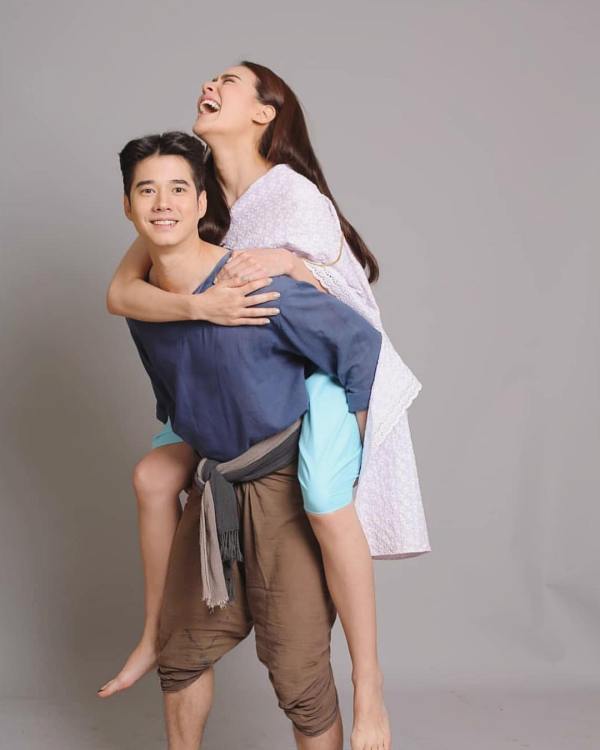 Historical, medical, romcom lakorn, anyone? Thong Ake Mor Ya Tah Chaloang certainly feels like a fusion boran lakorn, with its modern take on boran costumes, its fantasy element in storytelling, but also keeping within the historical challenges of its time. The story takes place during King Chulalongkorn era, or Rama the 5th, which puts us between 1868 to 1910. As the title ascertains, “Thong Ake” which is our hero’s name, “Mor Ya” which translates to pharmacist, and “Chaloang” which is the name of the town, centers around Thong Ake’s (Mario Maurer) journey towards becoming the pharmacist of Chaloang, a remote and rural town that is sold on superstitions (believes heavily in ghosts) and a town that only has a shaman by way of medical expertise.

But more importantly, the show’s main argument is that a doctor, by way of Western medicine or Thai traditional medicine, is still capable and exceptional if he/she can heal people. Our story focuses specifically on principles of traditional pharmacy, which as we see in the show, is obtained from plants, animals and minerals. We start off the story with Thong In, who is our hero’s paternal grandfather, a once renown Thai traditional medicine doctor who washed his hands of practicing medicine due to the stress of being a doctor. Thong Ake and Grandpa Thong In were living in a different town when they were forced out because a patient they were treating died – even though Grandpa Thong In had already surmised that it was out of their hands. Despite moving far away, Grandpa Thong In still harbors his medical knowledge and collects his own pharmacy in the back of the temple in Chaloang. He is determined to stay under the radar, amassing an entire pharmacy, passing on his medical knowledge to his intelligent but unruly grandson Thong Ake, as well as two new students whom were living at the temple with the head monk that had allowed Grandpa Thong In and Thong Ake to reside on the temple’s property.

Thong Ake is truly an aspiring doctor. He soaks up his grandpa’s knowledge, he has a keen nose for medicinal plants and is curious about problem solving any ailments that cross his paths. More importantly, he has the desire to help people, regardless of their stature. His confidence (or perhaps sheer stubbornness) tends to get him in trouble though, in the case of standing up to the resident shaman who takes advantage of the people, or standing up to his own grandfather who doesn’t practice what he preaches. The older man forbids Thong Ake from treating people when he only has textbook knowledge, while it’s not in Thong Ake’s nature to stand down when he sees someone in medical need. Thong Ake’s medical code of ethics inevitably changes his grandpa’s mind to practice medicine again, when no one else could. To grandpa, Thong Ake is like the truth that stares him in the mirror.

In other ways, Thong Ake is like other young men his age, incorrigible and interested in girls. In fact, their shenanigans prompt the first encounter between Thong Ake and Chaba (Kimberley Woltemas), our heroine, who is unlike any other female in this day and age. If she were born during Ayutthaya era, she would be a warrior. As it stands, Chaba likes to practice sword fighting, because she says she will never know when she’ll need the skills to defend her country, even when the country is at peace. She leaves all of the feminine skills to her younger half brother, Perm (In Sarin), who is as pretty as can be, and has all of the skills and nuances of a woman. Chaba lives in a warm family that makes up of her father, Than Khun, who has two wives, Saiyut (who fancies herself a palace person and is also Chaba’s mother), and his second wife who has two children with him. 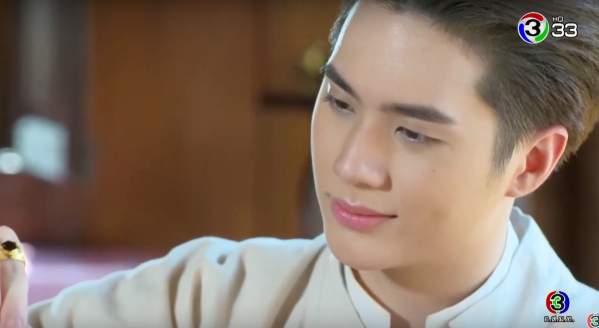 The Chaloang townsfolk do not go out at night because of the myth that ghosts come out at night. During a full moon, Thong Ake and friends go out camping in the woods, which is close to Chaba’s house. Chaba happen to walk her younger sister to the potty when she spots what she thinks is a ghost, so she races to the other direction. Thong Ake and friends also encounter a ghost in the woods and they scatter, which is how Thong Ake and Chaba run into each other. It’s such a hilarious scene. The two faints from the scare and wakes up in each other’s arms the following morning. Thong Ake has a potty mouth which is why Chaba dislikes him immediately (because he was making fun of her) and so they set off on their childish disagreements, which is fitting because they are the same age, and bicker like little kids whenever they’re together.

Chaba is a lot like Thong Ake, in that she hates it when people undermine her or think she can’t do something. She is stubborn too and always sets out to prove them wrong. Which is why I think it bugs her that Thong Ake thinks that she’s unattractive, or that she’s dumb. When he points out that she’s unreasonable or that she has no logic with her arguments, it hurts, so she literally lashes out with her fists. As much as this story is the growth of Thong Ake as a doctor, this is also a story about Chaba’s own growth. It feels like from Thong Ake’s influence, Chaba will take an interest in pharmacy too. At least, I sure hope so. Perhaps we will see Chaba mature into the smart and logical character that she is. 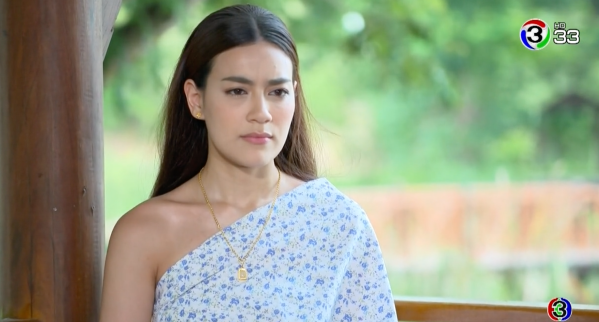 The conflict in this premier episode centers on Thong Ake desiring to practice medicine however his grandpa doesn’t feel that he’s ready. Thong Ake goes rogue anyway and uses his knowledge to diagnose and treat one of the “ghosts” in the woods, which actually turns out to be human with a skin disease. He saves the woman not only from suicide, but gives her a second chance by treating the disease (albeit secretly).

I am enjoying the intro to the story so far. It’s funny, and serious. It’s light and heartwarming. I am curious to see where we go, although I won’t have huge expectations. I will just enjoy the ride.. This is the same director from Game Sanaeha, Song Huajai Nee Peur Ter, Lom Sorn Rak.. so at least we know the pairing is gonna be hot.

As a history side note, I do expect to see more medical cases or lessons, as we’ve seen so far the method in which Grandpa Thong In diagnosed and treated Saiyut, along with the methods that Thong Ake used to treat the “ghost” named Pong. The principles of traditional medicine is complex and uses various elements, if you remember Thong Ake reciting the math, which is based on how diseases are calculated, based on the number of seasons, the age and the time. This helps them determine cause of disease and how to treat it. Most importantly, Thong Ake realizes that to be a good doctor, he needs to document everything. This written medical journal is the very thing in which Thai traditional medicine, along with its history and culture, gets passed down from generation to generation. In fact, after the death of King Chulalongkorn (who is one of the prominent Kings who is adamant that written traditional medicine is preserved), the King Chulakongkorn Memorial Hospital was founded.

I do like the challenge between Thong Ake and Chaba. Both are strong willed and don’t like to give in, so I look forward to their bickering. Because even if they do become friends, I know they will continue to bicker. Mario and Kim are a great match, they have that playful chemistry but also a romantic chemistry. And now that there is a new man named Khla (Panjan) in town, Thong Ake is going to see just how wrong he is about Chaba. The girl is beautiful AF.