Oh Pope. He wants to make us cry, doesn’t he?

The opening of the show takes us into his character’s (Tiangwan) predicament perfectly: he’s standing on top of crashing waves of an ocean in South Africa, thinking back on his substance addiction days, the lowest of low in his life. It looked bad; he must have relapsed into addiction after promising never to do it again, and his girlfriend caught him. She broke up with him that day, and in a state of paranoia and under the drug’s influence – he envisioned cops chasing him – Tiangwan drives right into a little boy. His face gets blasted all over media outlets, but thankfully the boy survived and Tiangwan must have gotten admitted into rehab. In present state, his life is coming up on the high tide; he has stayed clean and is reintroduced into society. He is even on a tour trip to Capetown (although Show keeps referring it to “Africa,” like it’s a country and not a continent, but I digress) and faces challenges right away.

Fighting a stigma and trying to look forward (instead of staying in the past) are some of his biggest struggles, as we see that he frequently flashes back to painful memories of his girlfriend leaving him, and of the looks he gets when people hear about his past (or even the slur words they throw at him). It does not help that on this particular tour group, there are two very annoying people: a conceited male model and a gossipy middle aged woman. This woman hates his mom (who is also on the trip) because his dad left her for Tiangwan’s mom. She starts gossiping horridly about him to other travelers, painting him as a druggie when he has recovered, and spreading fear.

Deunsip (Chippy Sirin) and friend are also on this tour group. They own a travel agency and are testing out the tour packages. However Deunsip’s mind is occupied with her own personal issues. Her younger brother Duan (Peach Pachara) also suffers from substance abuse – though as we meet him, he looked like he was determined to keep his promise not to relapse, but it is inevitable because of a bad dad and bad influence from a friend. Deunsip’s “boyfriend” also doesn’t really treat her like a girlfriend because his family doesn’t approve of her – well to be exact – they don’t approve of her brother and what stigma it could follow him. After all, her boyfriend is the General’s son. Despite her preoccupied mind though, she’s actually really kind and sweet (but borderline doormat-ish).

Tiangwan is attracted to Deunsip at first sight but he keeps to himself, kinda dark and intense lol. On one of the tour nights, Deun thinks he’s going to suicide by jumping off a bridge so she pulls his body back, but Tiang is only trying to stand on a ledge and spread his arms wide like an eagle, you know, Titantic style. He gets so mad at her baseless intervention but constantly has to see her because mom thinks he’ll make a new friend in Deun, who is the only person left on the tour that doesn’t know he was a survivor (of substance abuse). Not that that should matter, but it just makes Tiang extra sensitive when she brings up her own brother who is suffering from drug abuse – Tiang thinks she made it up to get more intel on him.

And Pope – we all know he’s in a league of his own in terms of acting – but he looks fresh and young and so much like an insecure survivor trying to live among people again. His eyes would mist over when he thinks about the past, or it’ll cloud over when he’s angry, or soften lightly when he says how pretty he thinks Deun is. Ha. He really is the strength in this show.

Another captivating character is Duan, played by Peach Pachara. I think he’s finally casted perfectly in a Ch.3 lakorn. He plays the boy with daddy issues who turn to drugs very well. I can’t wait for him to meet Tiang (Pope) because through Duan and Deun, Tiang may be able to heal completely, face society, and understand that he’s worthy. (I also think Pope and Chippy are cute together, and who doesn’t want the bromance of Pope-Peach.)

Although the tone makes it feel like it’s going to be a hard show to watch – I’ll admit, some parts are hard to watch – but it feels real. But it’s also a hopeful story about second chances for everyone involved, whether the person is the victim or family member(s). Addiction can tear families apart, or maybe it’s a byproduct of a broken family, but this is a story about crossing that ocean – a tantamount endeavor to be sure – but a triumphant one regardless of what the gossipmongers say. And there’s Pope, who always makes everything better. 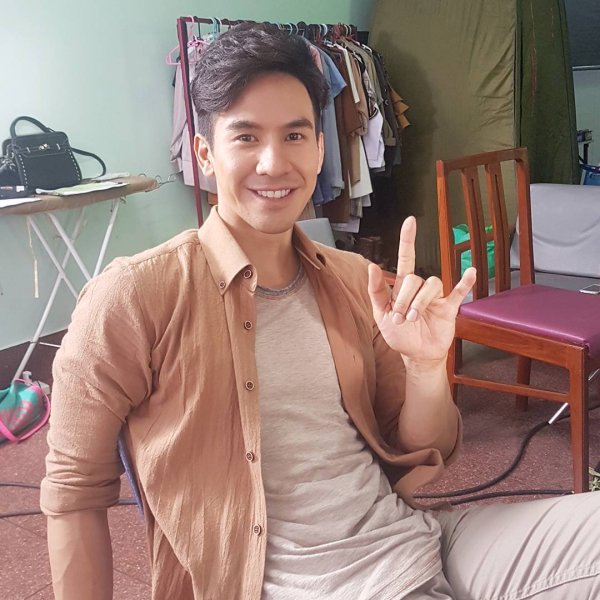