Matupoom Hang Hua Jai (Motherland of My Heart) is the first installment of My Hero Series, Channel 3’s latest project featuring heroes that start out in a youth disciplinary center and are honed, trained and molded by the skilled Teacher Chantra into the best patriotic examples they can be. The series is spearheaded by Cholumpi Productions.

Our first one is Techat or Ben (Boy Pakorn) who lives in California but hangs out with the wrong crowd. He witnesses the leader of the gang shooting someone point blank, which made him grow up in a blink of an eye. His girlfriend, Hope (cameo by Taya Rogers) suggests that he get out of dodge because the gang leader will stop at nothing to kill him. But before they could run away, the leader ensnares them, with Hope taking the bullet that was meant for Ben. The loss of his girlfriend, and the reality of a life without her, prompt Ben to return to his motherland, Thailand, and enroll in a disciplinary school. He doesn’t get along with the boys at the school at first, but Teacher Chantra challenges them to think about their heroes – what that looks like and become a hero all their own. 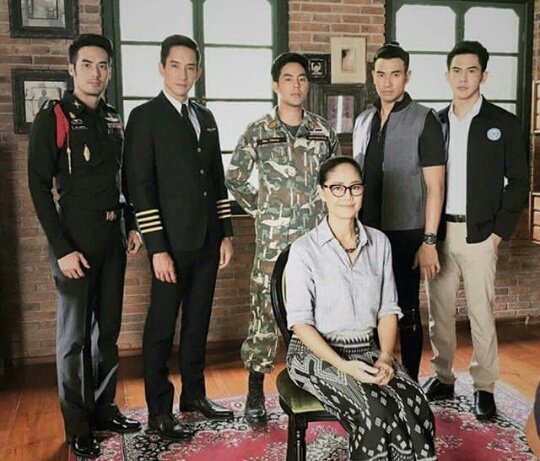 Fast forward many years later, Ben is a soldier in the Special Forces unit. His hero is someone who could stop people who love each other from separating – he’s not talking about a marriage counselor – but in fact soldiers that rid the world of drug related crimes. Because if he had someone who could stop drug lords back when he was a teenager, his girlfriend would be alive today. I love that losing his girlfriend inspired him to do good, protect other lovebirds from separating.

His current mission brings him to Chiang Mai where he’s investigating the General (Chakrit Yamnam) of a northern neighboring country, which is currently encountering altercations between Santurah people trying to break free from the General’s dominance. Ben claims he is trying to build a fancy hotel in their country so he tries to charm the general’s wife, Madam Maytuay (Sonya Cooling) into telling him secrets about the General. In the process of gaining her trust, and flirting in the pool, he meets Avasaya (Chippy Sirin) who finds him cute at first impression, but when sexy Madam shows up and she learns that they’re an item, her disposition sours immediately and she gets disgusted by their PDA. She thinks they are shameless foreigners who should get a room. Not realizing that they can understand Thai, Avasaya spites Ben through a smile that she must look like his mother if he’s staring at her like that. LOL.

She gets herself through embarrassing encounter with him later when she realizes that he is Thai. But her shame makes her lash out quite nonsensically (apparently that is a word). But it’s a really small world, because her mother and best friend decide to engage her with the son, who, you guessed it, is Ben! Avasaya is a jewelry designer and has been eyeing a beautiful pink diamond. When mom presents her with one that she designed, Avasaya thanks her profusely and put on the ring that can never be taken off. Sneaky future mother in law to-be had sent the ring as an engagement token from her son. Realizing this, Avasaya cannot manage to pull off the ring and decides to sport it for the time being. Though mom promises that her future fiancé is a real catch.

During an important jewelry conference, the General and wife also showed up to support the gemstones from their country. Avasaya is tasked to greet them. But one look at the general’s wife, Avasaya immediately recognizes her as the woman in the pool. She realizes that the woman is having an affair! Like a frog in her throat, Avasaya tries to hide (she’s really good about running away during uncomfortable situations) but runs into her future betrothed Ben instead – who turns out to be the general’s wife’s secret lover! Oh, it is a very small world.

Armed with this information, Avasaya tells her mom that she cannot marry the guy. But mom is the straight shooter sort and arranges a meeting with mother in law to-be to sort things out. Avasaya is forced to out with the truth what she had witnessed, and she lets it down nicely that she can’t marry him because he already has a lover. But she doesn’t say that she doesn’t like Ben because he’s the playboy type, he teases her relentlessly, and not to mention she’s crazy attracted to him no matter how much she denies it.

Ben’s mom confronts him but she soon realizes that her son may not be the type to marry, seeing that his work is in the same line as his father’s work. Even mom and dad’s relationship has to be kept under wraps because of the secret work that dad does. They still have a cute, secret romance that Ben witnesses all the time. It’s sad to see that he knows and has experienced love, but that he doesn’t give himself a chance to love again. Which, I can’t blame him, Hope was a pretty great girl, made even better with the sunshine girl’s smile, Taya Rogers, and their sizzling chemistry in the first ten minutes of the show. I mean did you see that searing kiss? I want this girl back!

While our heroine is becoming more and more nonsensical – though I love her funny mom and adorable sister. This show does family right, those interactions are solid, even coming from Ben’s mom and dad’s relationship. Everyone is great, so why is our main girl written so air-headedy for the lack of a better word? She believes exactly what she sees and hears. Ben is almost like the batman type, hero at night and playboy during the day. It’s a persona he puts on, flirting and pretending to be nonchalant, when he’s a soldier trying to save the world. When he realizes that anyone who is around him will be in danger, he thinks it’s safer to be mean to Avasaya so that she’s discouraged and would not want to pursue the engagement. Yet, by being mean though, he only pushes Avasaya to stand in his way instead.

Nu-nu (Donut Manasnan) is Madam Maytuay’s maid/right hand woman. She tells Avasaya that she needs her help to protect Madam Maytuay. She claims that Ben is masterminding a blackmail for madam with a videotape of their tryst. Avasaya doesn’t think Ben is a particularly standup guy so she agrees to distract him while Nu-nu sneaks into his room and searches for the videotape. What she doesn’t know is that Nu-nu is a Santurah person and is wondering if Ben is more than a hotelier. She manages to copy the content of his laptop and is a very skilled fighter (despite her dainty appearance). Her back-story is that she’s a princess of Santurah but at a young age, her country got overthrown by the General’s people. Her parents, killed. Her only brother working tirelessly to seek freedom for their people. Although he has his heart in the right place, he involves his people in illegal activity (drug trafficking) so that he can gain as much money in a short period of time. They need guns so they can fight and free their country. Nu-nu ends up working for her very enemy, the General!

Back to Avasaya who believes what Nu-nu tells her and becomes Ben’s #1 road blocker so to speak. Their interactions are cute and we can see that Avasaya is soo attracted to him, but she can’t figure him out. At one point in time she thinks maybe the whole playboy act is just a front, but he keeps messing with her that she’s confused if he’s a good guy or not.

The story is fast paced and several different storylines weaving throughout the show that it makes each episode breezy. I’ve enjoyed the boys together in the beginning and hope to see them meddling in each other’s business. Nu-nu is captivating to watch on screen. I think the weakest link so far is Chippy, maybe it’s her character, or maybe it’s just her acting, but you can tell the difference when she’s on screen with other very skilled actors that she still has some room to grow. I actually do like Boy Pakorn in here, there is pain hiding behind all of that teasing, easy smile. And finally, an attractive thing about watching action lakorns with military inspired men is the survival storyline where the leads are forced to be together and survive under life and death situations. They are forced to bond quickly and hopefully peel away all of the bs layers.

I was wondering if we are having a shortage of military personnel at first, thinking that maybe this series is to fire people up about joining the military. LOL, I am quite jaded about things. But as the story progresses, the series feel more like a theme of being your own hero than beating us over the head about being patriotic. I’m sure there is a sublimal message that we should be useful to our country, but I’m enjoying this easy going and funny series so far. Definitely there are parts to smile and laugh, and then the intensity surrounding the Santurah bit, with Nu-nu and the General carrying some sort of ill-fated attraction to each other too.

And the OST? Now that’s winning. This series recently aired this weekend, be sure to check out Boy Pakorn in all his yummy attires. There’s something to be said about men in uniforms… 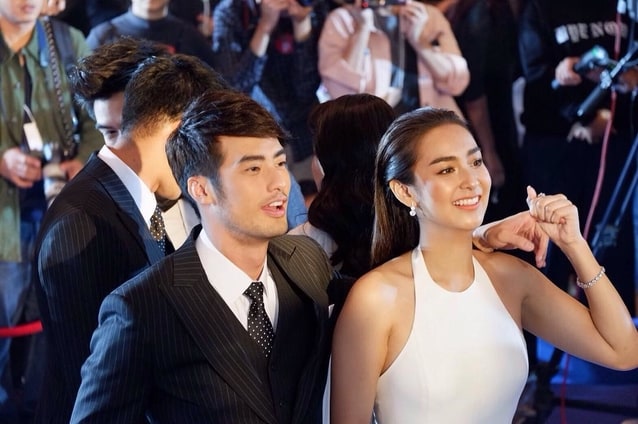