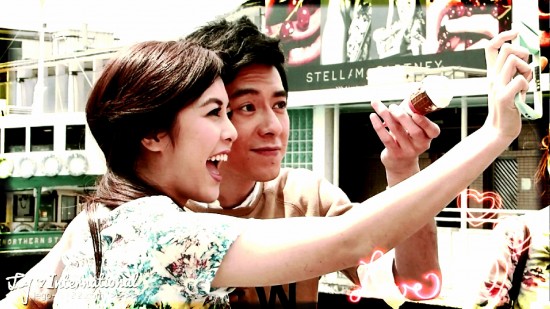 Ah, this Taiwanese drama makes my heart so happy, despite my panda eyes. As you know, I started this show just a couple of days ago, and thanks to the Memorial Holiday weekend (long weekend), I was able to spend some time with this memorable series. I love the slice of life depiction of young adults in this era, the era of freedom, which isn’t too far from the actual events surrounding Taiwan in 1995. Without getting into specific historical events, this show doles out nuggets of wisdom about youth and freedom, friendship and love. Oh especially love.

I take my word back regarding Jia En crushing on Ren Wei in the beginning. He was definitely a best friend and someone she shadows growing up. She gets so lost in his identity, she forgot about her own. That is why the analogy of building your own castle, and being the King of your own castle spoke so much to her. Realizing that she needs to blaze a path of her own, Jia En forgives Ren Wei for ratting her out for sleeping at a man’s dorm and becomes more independent. This goes to show that she didn’t have feelings for Ren Wei in that way. Instead, she treasures their friendship and connection they have forged since grade school.

Initially I suspected, like Bai Xue, that Ren Wei was just infatuated with her looks instead of actually liking her. I appreciated that the show brings to light the fact that maybe Ren Wei is only in love with his imagination, meaning, he is in love with the person that he imagined Bai Xue to be. Likewise, Bai Xue is in love with what she imagined Liu Chuan to be as well. As both Ren Wei and Bai Xue are rejected with their love, they are forced to evaluate their true feelings. So to my surprise, Ren Wei thinks about his dear friend and the fact that perhaps he should look at someone he’s more comfortable with. Even if the affection in this show changed in unexpected ways, it is done so genuinely that I’m not caught completely off guard. These two have not come to understand (or perhaps it is not their time), what it means to truly love someone.

Throughout the beginning and middle part of this show, Liu Chuan had been the one to advise Jia En, help her find resolutions to her problems, bail her out in difficult situations and play Mr. Perfect Prince Charming. But come to find, Liu Chuan doesn’t have it all figured out either. Thank God. Things aren’t given to him with a silver spoon as everyone imagined. He strived for freedom as much as anyone else. Part of his mission in college is to be free from his Legislative father’s demands and influences, as well as motivating his fellow classmates to embrace their freedom. There aren’t many issues that Liu Chuan can’t resolve, so when presented with the biggest obstacle and having to succumb to his father’s help, my heart truly goes out to him. He made a deal with the devil himself to save Jia En (and thereby himself) from expulsion from school.

At his greatest time of need- when he needs someone the most – his classmates and club members misunderstands that he had abandoned them. So it is with great pleasure to see that Jia En has not given up on him, in fact, she came to save him from himself. And to think that someone just needs to give the boy a hug – and maybe even the greatest love confession ever from a heroine.

Who here beamed like an idiot when Jia En put him through a scavenger hunt, using only the wise words that he taught her, but finally, giving him a confession that he too could learn a thing or two from? In the Treasure Hunt Club meeting room, in the final moment of the scavenger hunt, Jia En reminds him that he would be the first person she would tell once she discovers the meaning of love. She understands love much better now because of him. Liu Chuan is quite shocked but waits patiently (albeit with baited breath) while she confesses.

“Love is like a mirror,” Jia En states with a smile. “When in love, we see ourselves. When in love we grow as people. We learn to love ourselves,” she says. These are the things he taught her through their tribulations. However through the trials, Jia En learns that at a certain level, love is no longer that mirror. Love is now the courage to break the mirror and break the boundary that they’ve set for themselves. Because love shouldn’t have boundaries.

“You’ve underestimated me,” she continues, “you think I can only love a certain aspect of Liu Chuan, that I can’t love another side of Liu Chuan. You have set limitation to our love.”

Ah show, here’s my heart, you may do as you please with it.

Jia En plays the last cassette tape where she sings a song about love is freedom, then without having to say anything else, she throws her arms around him. The confession, the fact that she hasn’t given up on him, the fact that she loves him, and the sweet sweet hug, was all Liu Chuan needed to overcome his personal demon. 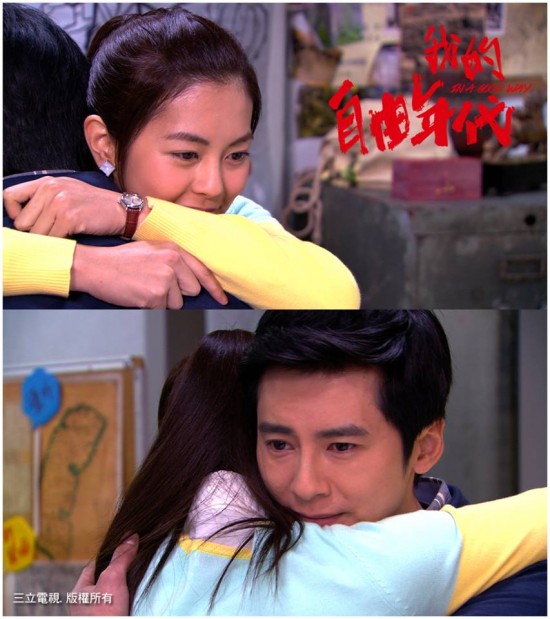 Freedom, as a thematic element, is cleverly woven throughout the drama: the freedom from your family, the freedom to question authority, the freedom from limitations and thoughts of others, and finally, the freedom to love. There were moments the show took a little long (to my liking and impatient self) to get to the point, but once there, the journey is really quite worth the while. Like Liu Chuan said earlier, it’s not about winning or losing in the end, it’s about the process that matters.

If the show is anything, it is touching. Genuinely touching (like the last day of my life assignment), loveable characters (friendships that sustain and go to bat for each other), and a love that is worthy through thick and thin. I’ve gotten through the thick, and I’m bracing myself for the thin that is to come- before this drama wraps up. If we say ‘su-su’ in Thai, and ‘fighting’ in Korean to encourage perseverance, how does one use the same expression in Chinese?

I remember the 90s (before the internet), those weren’t easy times but they were memorable times.. beepers, waiting by the phone, bangs, Tamagotchis, aol, and the thirst for freedom.