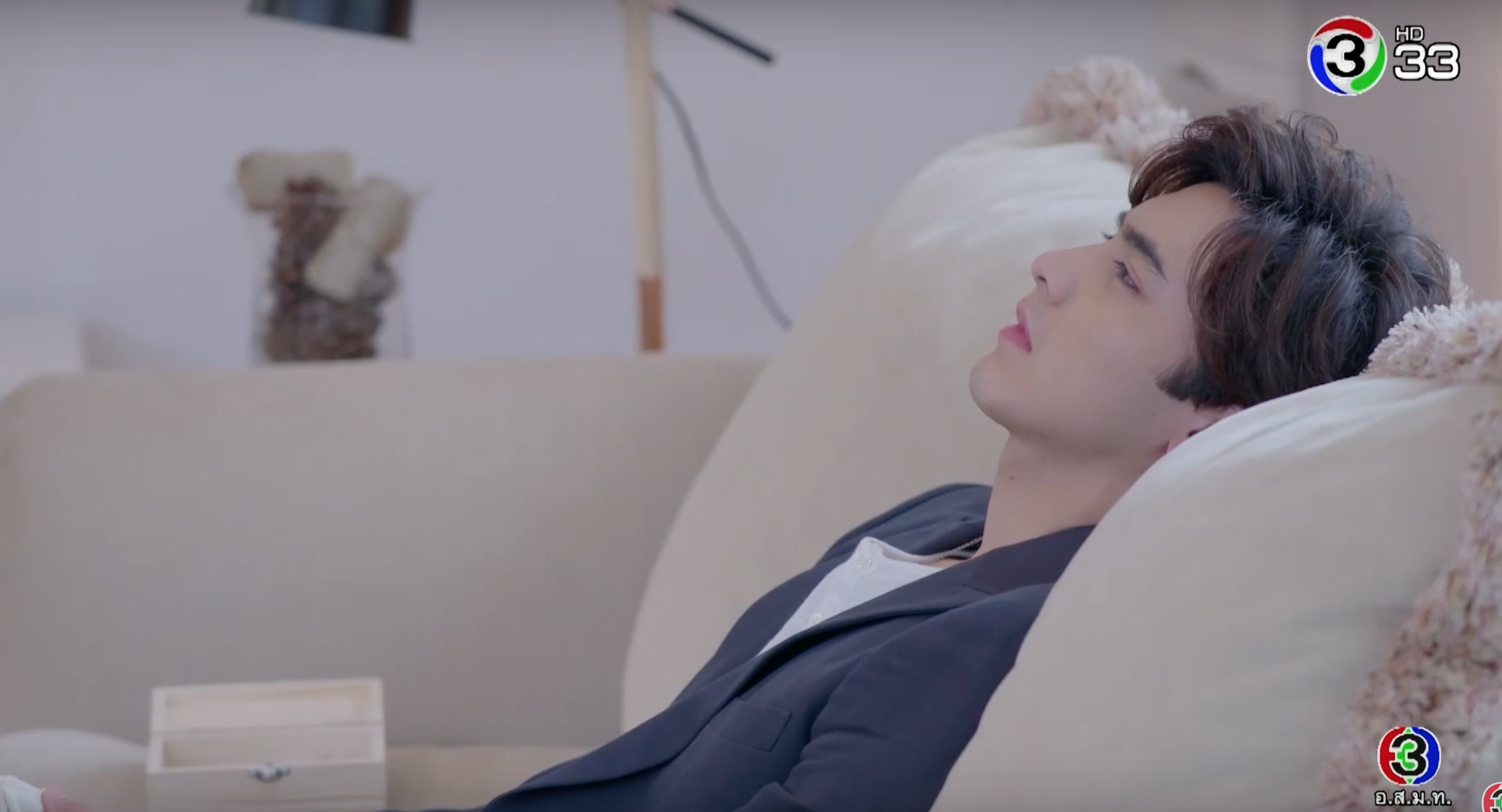 Oh Puppy. Peat goes through an accusation in this episode, and we watch how people he loved but treated badly, react. Will they join and support, or turn their backs on him? The humble pie doesn’t always taste so good.

Chaya asks Peat to confirm her biggest fear: “You love me and not Kiew right?” she asks. But Peat just stands there and gives her the longest pause possible. She nags, “Tell me you love me, Peat. I love you very much. You don’t love Kiew, right?” Peat finally responds after what seems like ten hours later, “I don’t love her, I hate her.” Who are you trying to kid? Chaya starts drilling him on why he had to talk to her the other day but Peat shrugs it off, and says that he was only after the truth. Mm hm.

Then he waits for Kiew by the stairway like he’s so damn pleased with himself. He prompts that they should go to work together and when Kiew refuses, he manhandles her and insists that since she wanted the world to know they’re married, they must put on a show. Kiew admonishes that married people don’t have to be together 24/7, besides they should go their separate ways. Peat pulls her close, emphasizing how close he wants them to be, and he laments that it’s too late to go their separate ways now. As he leans in for a kiss, it earns him a swift stomp on the feet, and a kick to the shin for good measure. HAHAHA. 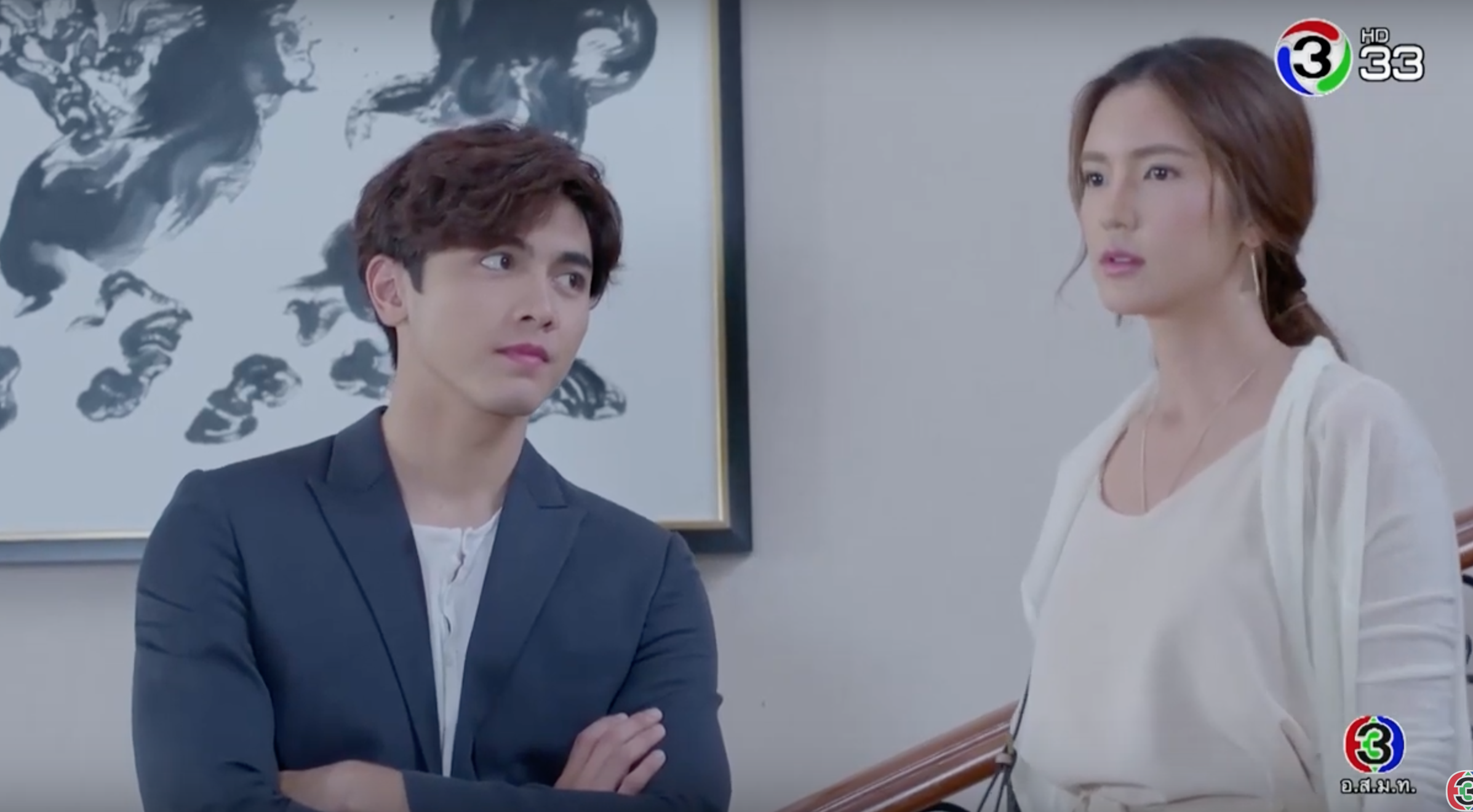 Peat gets called to Dad’s office after Kriss presented evidence that expenses don’t add up. Dad questions Peat if he could explain why millions aren’t adding up. Peat is floored and asks Dad if he’s suggesting that Peat is swindling the company. Dad replies that those are all signed by Peat, to which Peat exclaims they’re not his handwriting. The biggest hang up is that Peat couldn’t believe that Dad would believe he had anything to do with it. Peat says that he doesn’t have financial struggles, but Dad indicates it could be about greed. Ack, Dad! Dad asks Peat to hear him out, to be logical, not emotional. Dad relents that he will find out if the handwriting is fraudulent, but Peat says Dad could just trust him. Dad argues that he’s the CEO, so he has to take matters seriously, he can’t play favorites. Which to Peat, it means Dad is doubting him because he’s not the biological heir. Peat says that if he were Kiew, Dad wouldn’t treat him like this – to which Kiew glares at Peat as if telling him to keep her out of this. At any rate, Peat can’t come to work until this has been resolved. 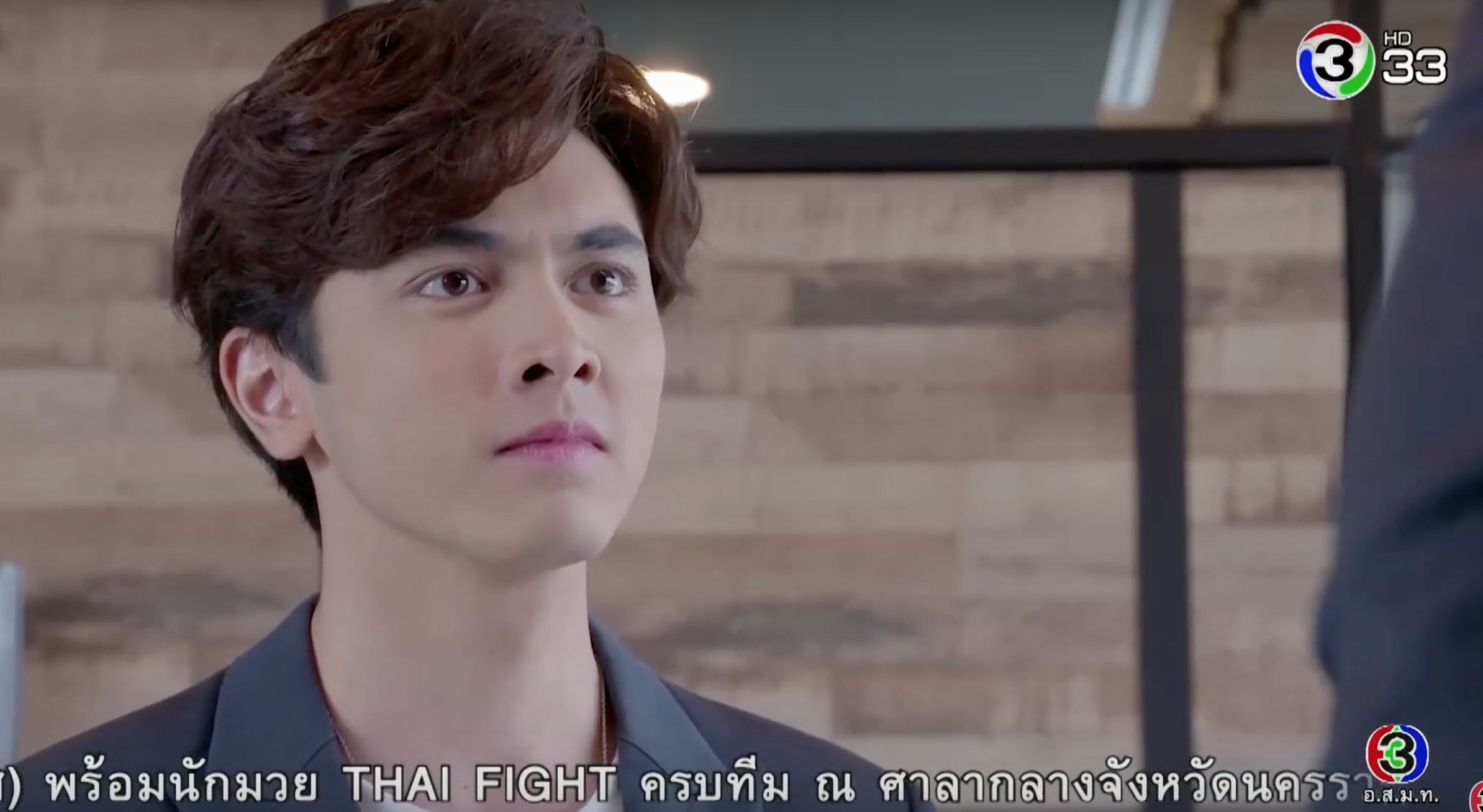 Peat storms out, followed by Kriss, who tries to play the good guy. He apologizes for bringing it to Dad’s attention, but Peat sort of can see through his friend. He says that if Kriss had concerns about why things aren’t adding up, he should bring it to Peat’s attention. But he went straight to Dad because Kriss isn’t satisfied with Peat right now. Peat starts pushing at Kriss, prompting him to say he doesn’t like him, but Kiew steps in and says that Kriss did the right thing. What she says next seems to take the wind out of Peat’s sail: “You were the one who did wrong.” Ouch. Peat looks like he had been slapped. “So you think I did it?” He gives her his hurt puppy dog eyes, then he claims that no one will believe him anyway, especially Kiew. “To you I’m just the bad guy who hurts everyone.” Well at least he’s aware? 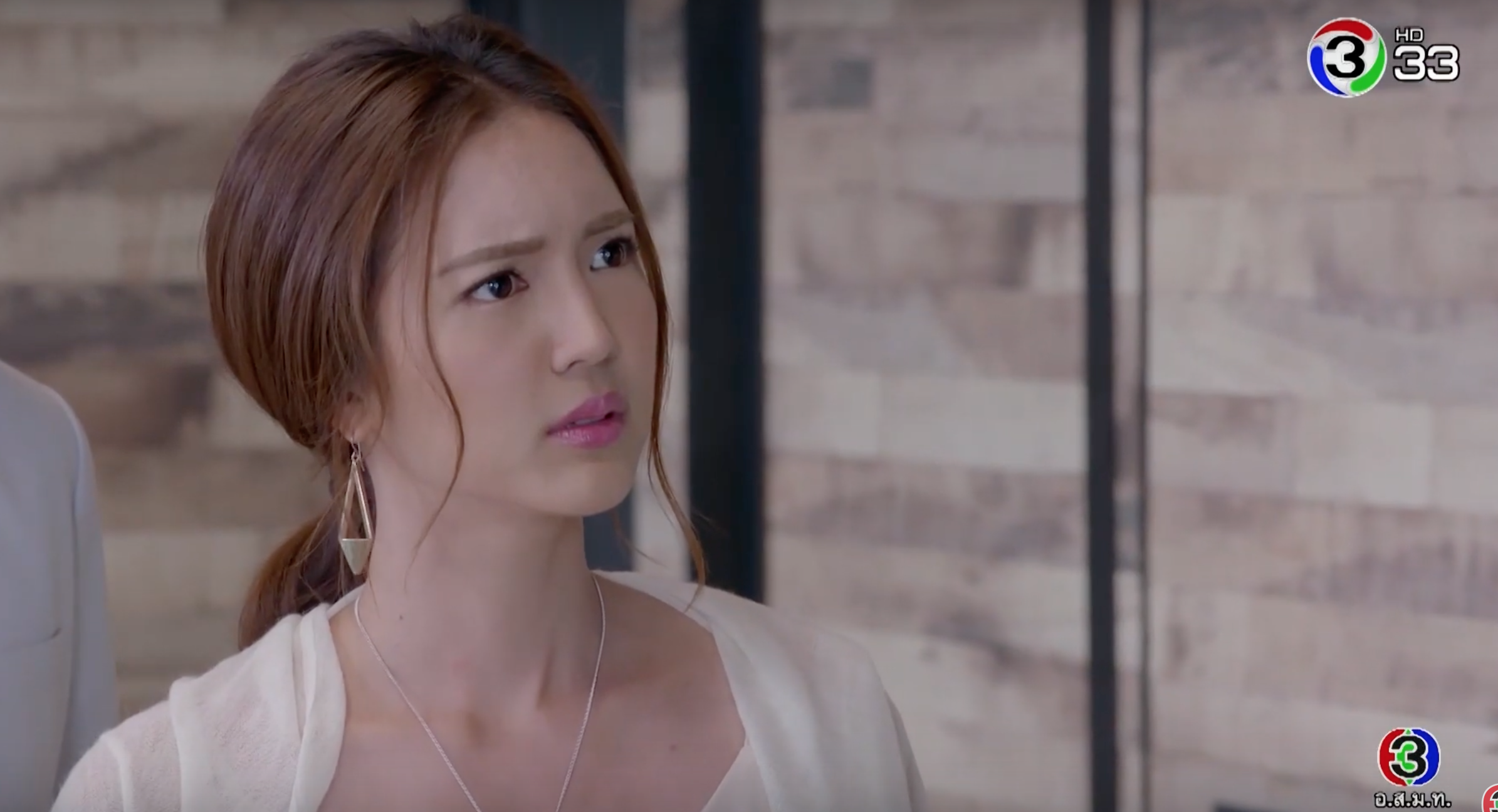 Dad orders Kiew and Kriss to take on Peat’s work while they sort things out. Kiew cautiously asks Dad if he thinks Peat did it. Dad says that he wants to trust Peat, but for clarity purposes, they need to investigate the truth. Kiew admits that she’s unsure either, she doesn’t know this Peat who could do anything in the name of revenge. Another ouch. She adds that if he really did it, they have to standby and let him accept his punishment. No one could help him now. Dayam, talk about cutting that cord.

Peat goes to see Mom’s grave and vents that he didn’t do it. He’s upset that Dad believes the worse in him. 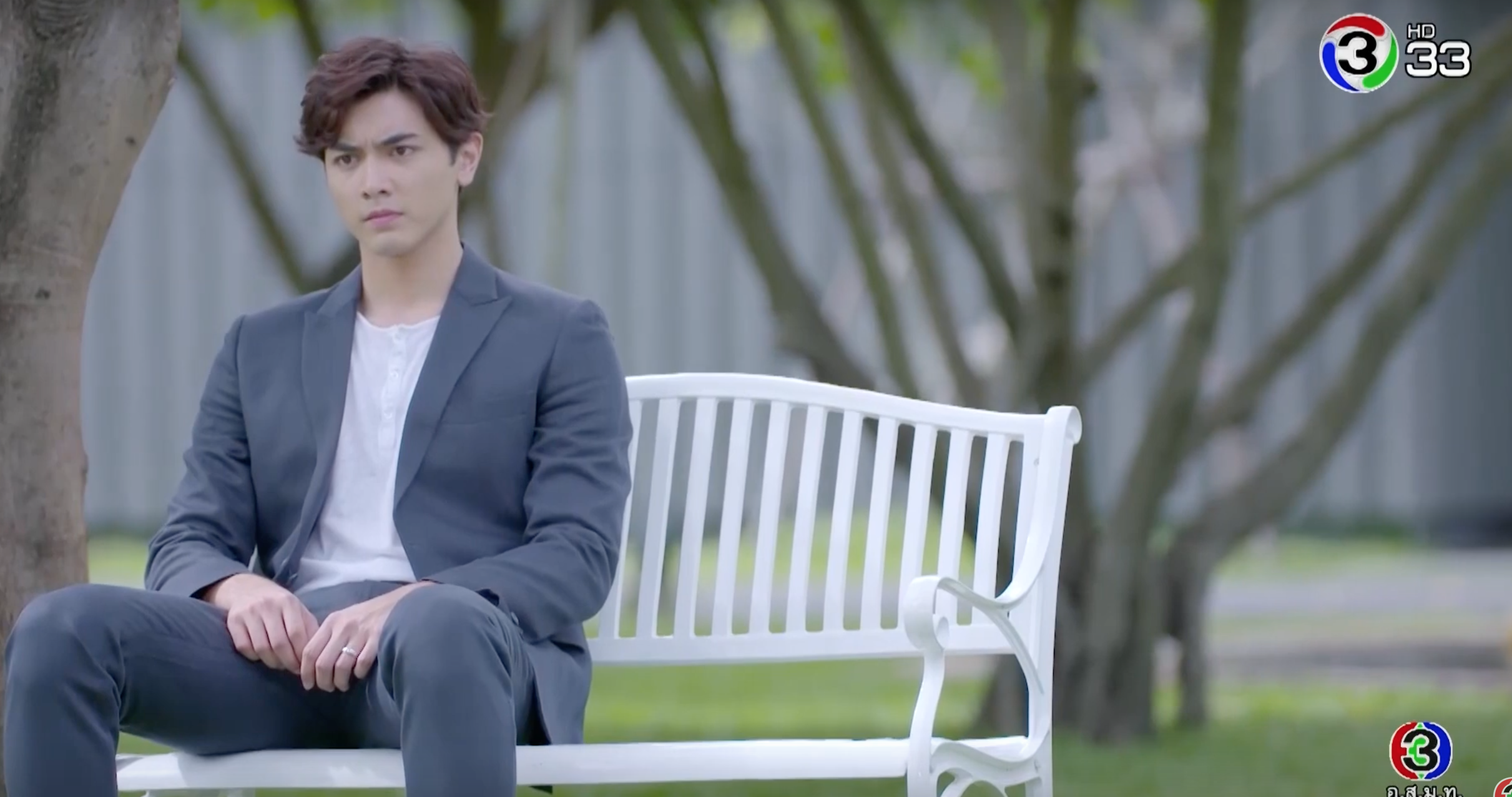 Kriss then goes to see Kiew to gauge her stance and reaction to this. He indicates that she’s not going to Peat because she’s trying to get back at him, but Kiew says she’s not going because she doesn’t want to be pitiful. She can see the results of someone who focuses on revenge, it’s not a happy sight. She adds that life is short, and people shouldn’t be set on spending their life in revenge mode. That message was directed to Peat, but Kriss seems to be hit with it too. Kiew says that Peat doesn’t need her anymore, he chose Chaya so she has decided to stop meddling with his affairs.

But little did she know that Peat wants and needs her the most right now. He tells his other friend not to call Chaya, and that he would rather be alone. His friend couldn’t stand seeing him take shots after shots, and tells peat that now is not the time to get drunk, he should be seeking out the truth. Listen to your friend, Peat! Peat says it doesn’t matter because no one would believe him. His friend says that he can’t quit before he starts and that he wants to believe Peat, but that he can’t. Peat has hurt people who love him, like Kiew and Dad. Peat of course laments that his friend doesn’t believe him either. He stalks off, indicating that he’ll sort this out himself. Wise friend is concerned that Peat won’t see the fact that he’s risking love and trust over revenge. He says that the only thing you get out of revenge is satisfaction. 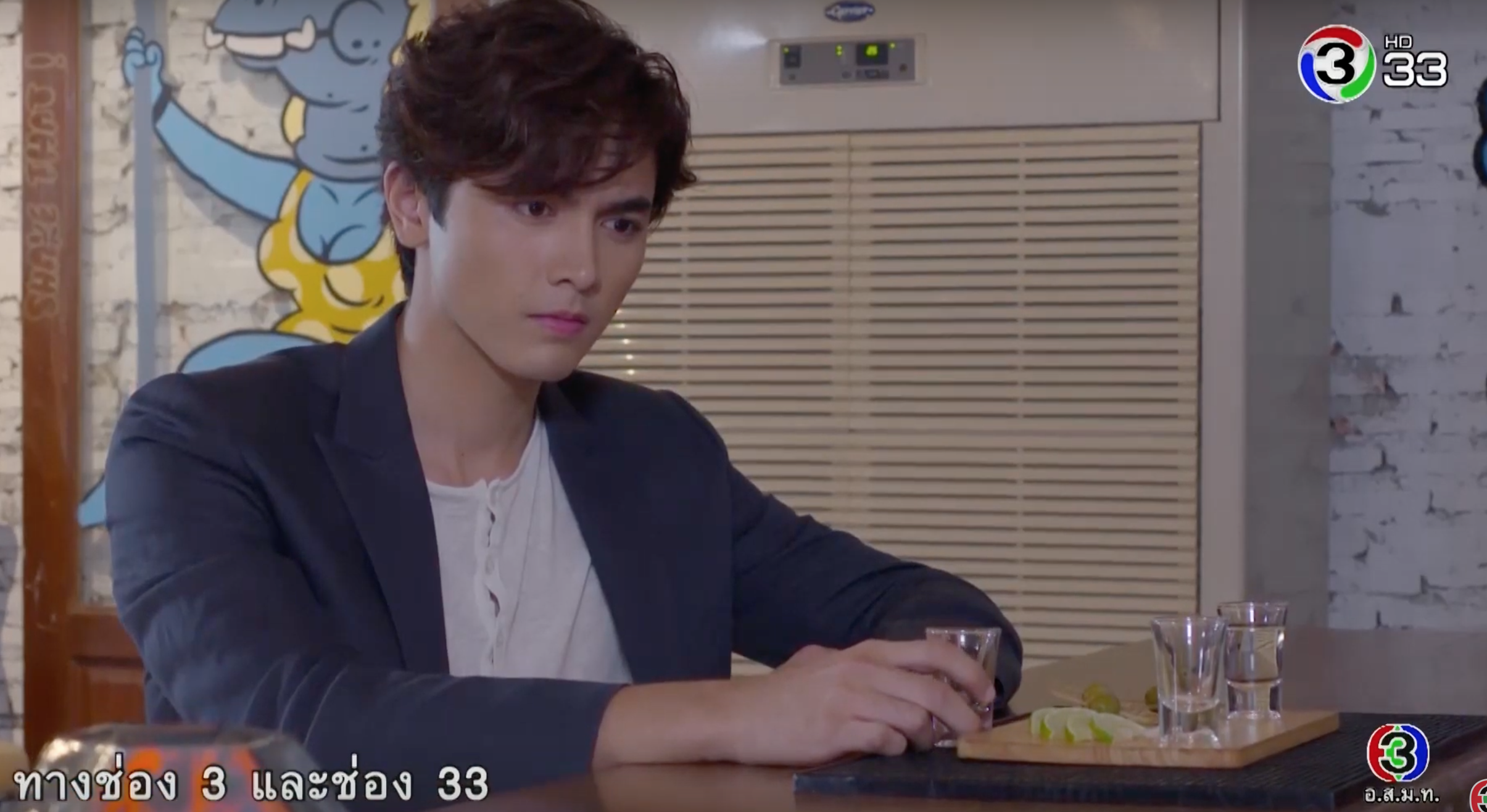 Kriss calls the one person who will trust Peat blindly, and that’s Chaya. He’s sneaky though because he wants to hurt two people by doing this: Chaya who will tell Peat that she has complete faith in him and will do anything to help clear his name. While knowing that Peat will brush her off, hurting Chaya in the process. Kriss gets to hurt Chaya and Peat. This happens just as he planned because Peat tells Chaya to rest up and that they can talk about it later. Instead Peat goes to his wedding bedchamber and reminisces his time with Kiew, missing her badly. He looks at the handkerchief that he kept all this time and asks why it isn’t Kiew who’s by his side right now. Aw. 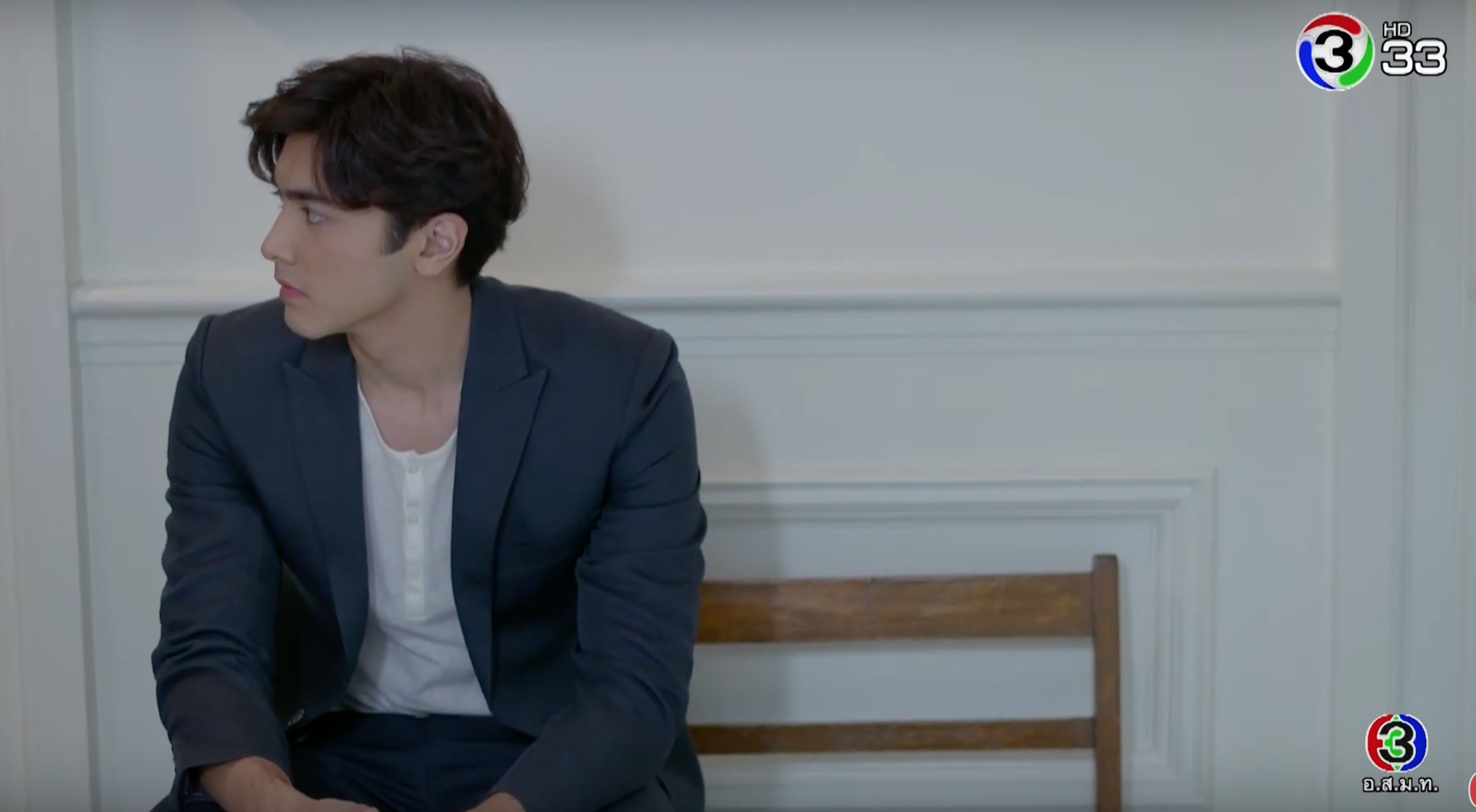 Kiew has dinner with Kriss and seems to enjoy her company. I would be fine with this scene if Kriss was an actual normal, good guy, but because he’s such a snake, I want to barf. If only Kiew could see through him. When she goes to the bathroom, he picks up a phone call from Peat, and eggs him on. He asks when Peat will divorce Kiew, to which Peat exclaims never. Kriss says he can wait.

Peat’s other friend gets a sketchy call from Kriss’ brother who proclaims that he didn’t vandalize Kriss’ restaurant. This makes the friend wonder why Kriss would accuse his own brother. Yes, someone get to the bottom of this please!

The green-eyed monster shows up when Kiew finally gets home. Peat questions why Kiew is having such a nice time when her husband is going through hardship. Kiew replies that she already told him that she won’t care about him anymore, live or die, she won’t care. She tells him to go to Chaya. But Peat states that he told her to be a wife, to which Kiew says she’s not his wife…

I know Peat will receive punishment for opting revenge over his loved ones, but watching him get hurt over the process kinda hurts me too. I did enjoy the quiet, unspoken moments where he’s sitting there reflecting on his isolation or just thinking about his wife. It is nice to see that Kiew is strong and tries to put on a brave face, but dayam, she’s a lot colder than I was expecting. In the name of exacting punishment on Peat – to prove their point – Show put Peat against the world. Perhaps this is the only way for Peat to see the light, so to speak, but that’s like leaving an injured puppy in the middle of the streets, and hoping he can find his way home. I’m sure he’ll get there eventually, but maybe barely alive. 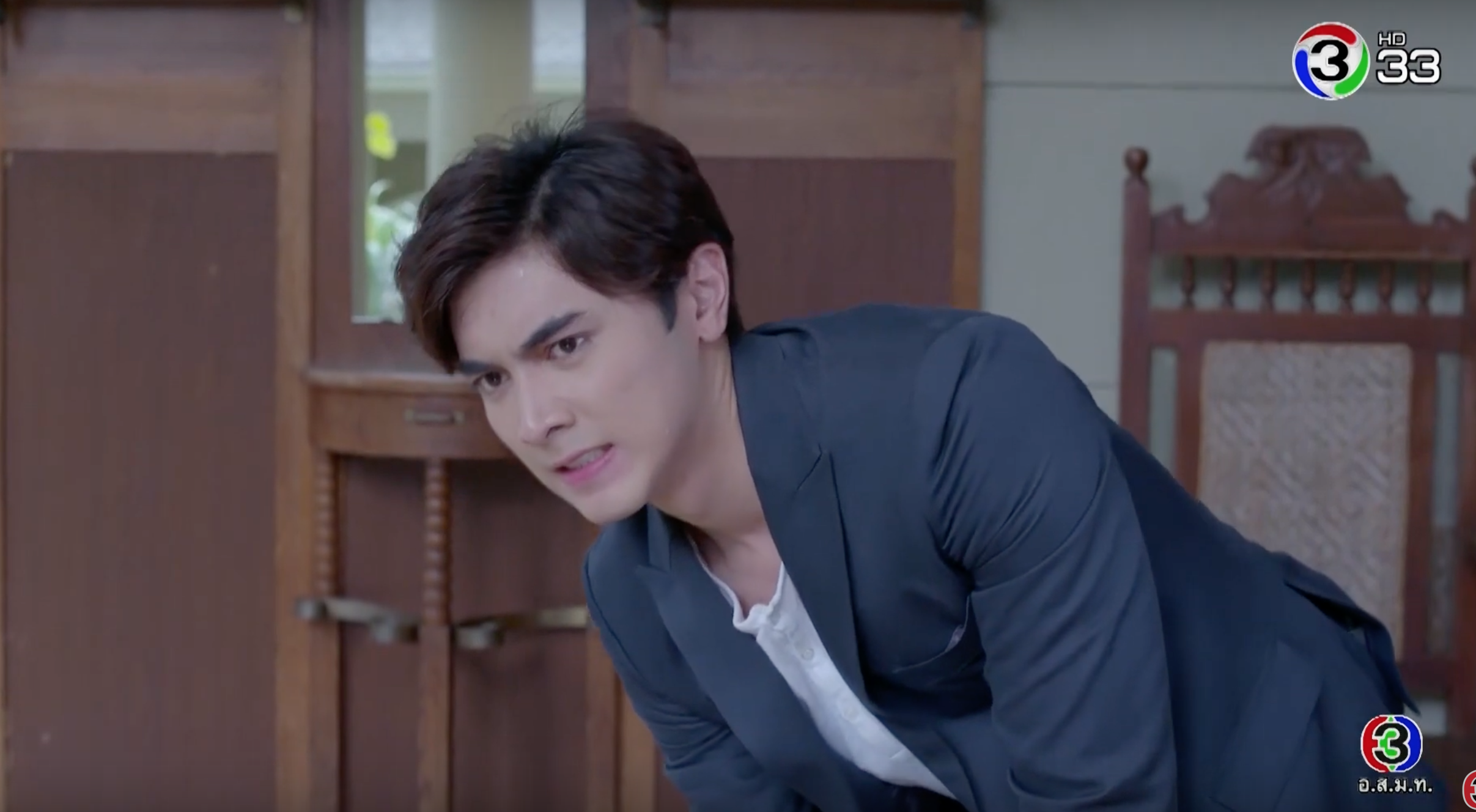 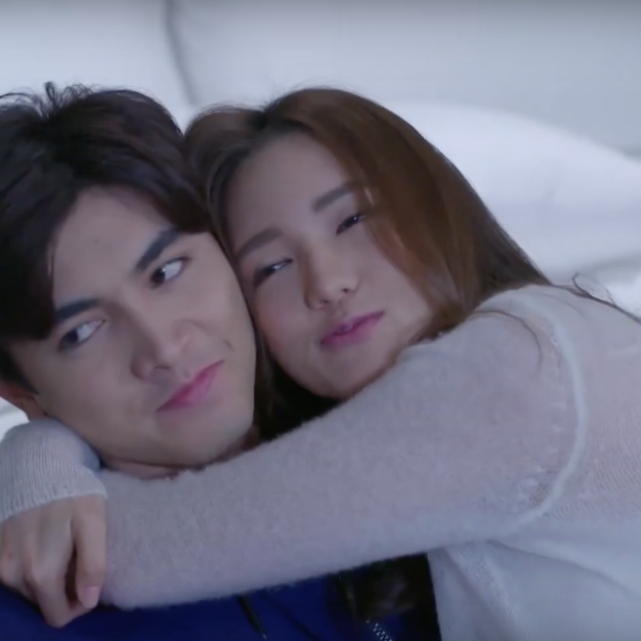 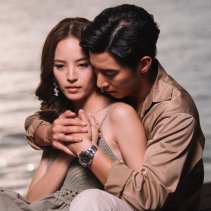