Is There Hope For Rang Tawan? 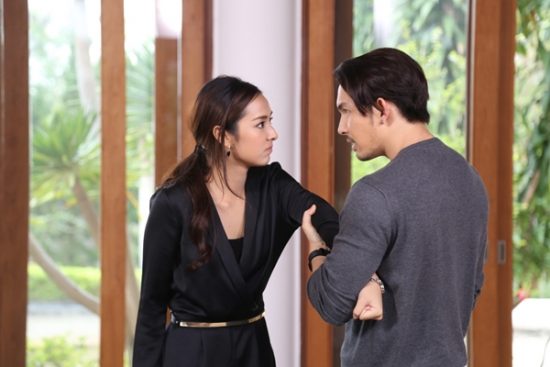 This show is fifty shades of crazy. It’s like Jam Loey Ruk all over again, only we have an innocent child in the mix and an unlikable heroine. I can handle crazy so long as there are characters I care about, but unfortunately I’ve cringed my way through the entire airtime. There is only so much I can support and understand a hero and his batshit crazy shenanigans, when I don’t have anything to root for. It’s exhausting.

Case in point. Khun Suriyen gives Tarntawan two options: either stay with him and play nanny to Nong Phit, or she could give up her brother. Tarntawan refuses to do either of those, so Khun Suriyen forces her to spend the entire night in the pond as punishment. Nong Phit watches this from the sideline, crying out. Khun Suriyen believes that Tarntawan is after his sister’s money and that she doesn’t care about his nephew, even though all of the video cameras around the house depict otherwise. She refuses to abandon her nephew and even tries to escape with the younger man.

I’m just talking out loud, but how is it that Tarntawan playing nanny is going to avenge Suri’s death? Does he just want her to play house? Because of her outward defiance of his orders, Khun Suriyen orders his men to find her brother anyway and even records them punishing Nopasit to sway Tarntawan to give in to him. At the end of the day, I don’t think this show is about revenge at all. Revenge may be the theoretical purpose behind the male characters in this show – for example Khun Suriyen seeking revenge for his sister and Visut (secondary lead) seeking revenge for his father– but ultimately I feel like it’s a power struggle of men who try to overpower women and put them in their place. The females of this show defy those chauvinistic views. 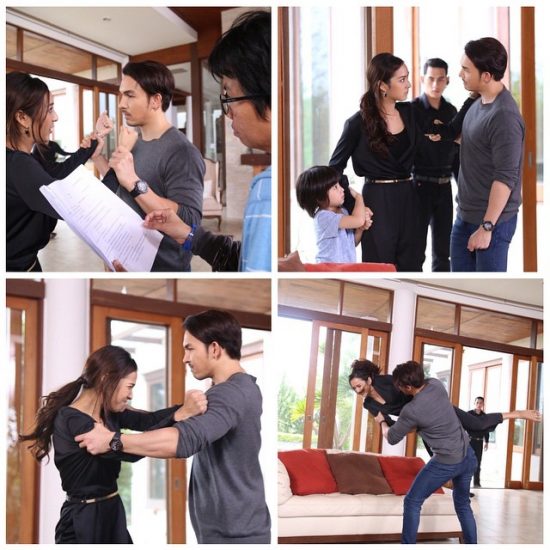 Look at the picture above, Suriyen literally throws Tarntawan against the sofa in front of everyone, especially his nephew. Talk about trauma. Every argument and gun pointing is in front of said nephew, that is not ok. I feel so badly for the child.

Then take Pen (Tarntawan’s friend) for example, Visut verbally tells her that she shouldn’t act conceited and as if she could handle things on her own. He says that she should stick to being a “woman” and let someone take care of her. Pisut is being derogatory and trying to pin her to the bed to convince her of his chauvinistic views. Pen retorts that he must be a true man then if he likes to empower a woman. At least the females of this show refuse to back down, no matter how much stronger and scarier their male counterpart.

So don’t expect me to swoon over these male characters in this show (and maybe that’s not even the point), I just don’t want to waste time watching women getting abused all for the sake of an argument. There’s got to be a justification of the men’s actions, when there are none, and the men in this show are just beasts who are hurt and haunted by their past, and are trying to prove a point that people inevitably cannot be trusted and will just abandon you in the end– I’m just not sold. I want to give Show the benefit of the doubt and win me over – maybe they’ll win you over through the course of the Show – but sitting through this kind of physical torture, and anticipating the comeback, doesn’t make for the proverbial sweet torture worth it in the end.

But you can be the judge of that. I’m throwing in the white flag for this one. Even as great as Aum is in this Show, he can’t salvage Chippy’s lackluster character, nor the crazy that is this show.