Two lakorns aired this week on Channel 3, the modern-period lakorn with Matt and Once upon a time Rome (complete with a new face and new name), along with a romcom starring Mint Chalida and Mai Warit. I tuned into both lakorns, and will say that I like Nuay Lap Salap Love better. The common denominator, both actresses are playing actresses. 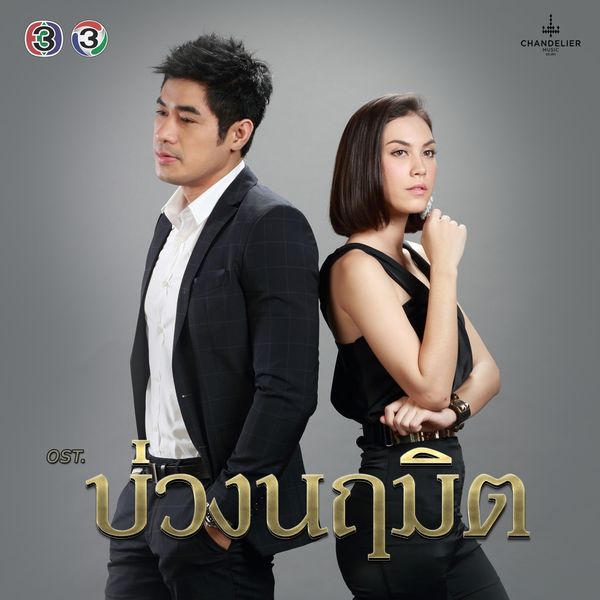 In Buang Nareumit, Matt is Kwan-uma, who is casted to play a nang rai role for the first time in “Roy Adeed” a period lakorn within a lakorn. The director tries to convince her that it’s a two-lead type of lakorn but her character doesn’t end up with the main guy. This doesn’t bother her per se, but after reading the script she starts getting flashbacks of her character in the past and is convinced that the script is wrong. She points out that the events surrounding her character doesn’t make sense, while the director (hilariously I might add) argues that it’s just a lakorn – things don’t always have to make sense, and that she should just go with it. Kwan persists that she’s right and the script writer is wrong, so she sets out to prove it. Unfortunately for her, the novel writer has passed away and the book is scarce to find. What seems like the only copy, is in the hands of Tee Rhat’s mom, who’s currently painting the lead actresses’ portraits for the opening of the lakorn filming. Tee Rhat sees the painting and has a strange connection with it that he’s propelled to read the novel from cover to cover. He’s like all of us who can’t put a book down once started (or can’t stop watching a lakorn once marathoned).

We see the past story unfold as Kwan and cast start to do the script reading. But every so often, Kwan would balk and argue that that never happened in “real life,” so much so that she sets out to visit the home of the writer. She learns that it is based off of a true story of the writer’s uncle, who had left two journals in his wake. The writer’s remaining relative relents that she would call Kwan if the journals or book is found. As Kwan returns to Bangkok, Tee Rhat delivers the paintings to the filming location, where he literally runs into Kwan and the painting gets torn. The two immediately are connected to the past, where they get flashbacks of each other. Much of the characters from the past life share the same face as the modern time. Kwan’s competitor, Ornapa plays as her childhood friend Pimkae who comes from a rich family, while Kwan is Chomchalao who is poor, but very smart and became a teacher while Pimkae hasn’t even finished school. What bothers Kwan is that the script is incorrect, because the writer got the two lead characters mixed up. Whatever portrayed by Chomchalao, should be reversed. For example, the script had Chomchalao as the shameless girl who went after a teacher and is conniving til the end. The director finally relents that if Kwan can prove that the story is in fact, wrong, then he will convince the script writer to rewrite the story. This is the only encouragement that Kwan needs as the remainder of the lakorn will follow how Kwan pieces the correct story together and solves the mystery, as well as bring justice to the true story of the writer’s own family – Kwan’s own past life. Tee Rhat will help her along the way.

The past life is a sad Cinderella story. We get drama from the modern life – with Kwan and Ornapa butting heads – and then the tragic story of evil Pimkae towards Chomchalao (Chat). I find myself enjoying the past life a little more because that is story focus for the first episode, but to be honest, I’m not sure I care too much about any one of the stories going on at the same time. We spend much of the first episode with Kwan throwing a fit because the story isn’t right to her logic (which she’s right), but we get everyone else calling her unprofessional (and then rinse, repeat). There’s a whole host of drama awaiting us ahead (I read the whole story), and maybe I’m just not in the right frame of mind for the drama right now. Another reason is the elephant in the room: Rome looks so different, he’s not even the same person anymore, and I can’t help but get so distracted by his nose! I’m sorry, I said it. 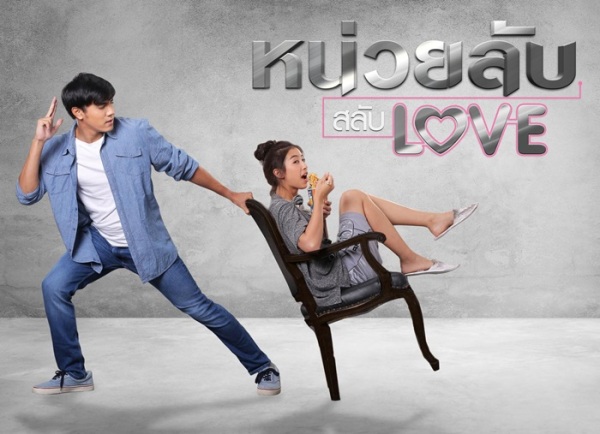 Meanwhile we have Nuay Lap Salap Love, with Mint Chalida playing Nupdao who is a big star but when we meet her, her character gets played for maximum comedy. She’s lazy, messy, even dirty, and her manager/personal assistant/housekeeper/cook has to do it all for her. Her counterpart, our hero (Chang), is an undercover cop who does whatever it takes to catch the bad guy. You think that he’s wearing a wig and beard, and maybe never showers in order to look like a bum, but in actuality, that’s his hair and real beard, lol. In a state like dream, we know he’s a clean-cut person once upon a time, but it seems like he lost a loved one and decides not to give a fuck about his appearance anymore. More power to him. At any rate, Nupdao gets casted in a new lakorn with her frenemy from the same talent firm, which she doesn’t like and makes it known. Right when her manager talks some sense in her though, the manager gets shot pointblank in the forehead. This happened because the drug lord aka The Killer and his minions found out that the manager had been videotaping them trafficking drugs. Turns out, the manager has been working with the police to capture the baddies. Yeah I know, such a far fetch idea, especially when there’s no cops involved in this investigation. But the cops want to do better – obviously because an innocent person is now dead – so they assign Chang and team to this case. The catch? Chang and his direct report must go undercover as Nupdao’s new, gay manager.

This show is zany. It’ll go from silly to ridiculous, and then when you least expect it, they hit you with the feels. Right when the manager got shot in the head, even I was caught by surprise! Right up to that point, I was going to chalk this show up to being slap stick. This show is still slap stick and funny, but we can also expect some poignancy. Mint and Mai are funny together, and I always find that Mint pairs well with just about all her leading men, and I like that she has worked with a variety of actors. This is one I’ll keep watching, for some laugh out loud moments, and for those random tear jerky ones too. 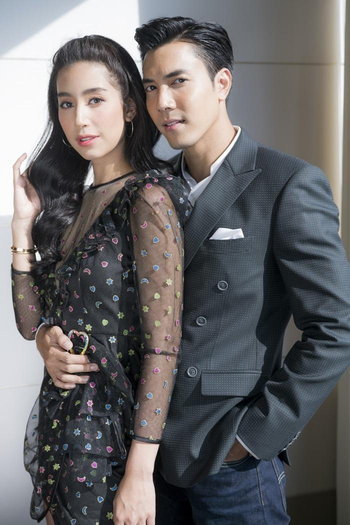