Your ‘GRGR Spazzing Outlet’ for Ep 19-21 (Airing this weekend) 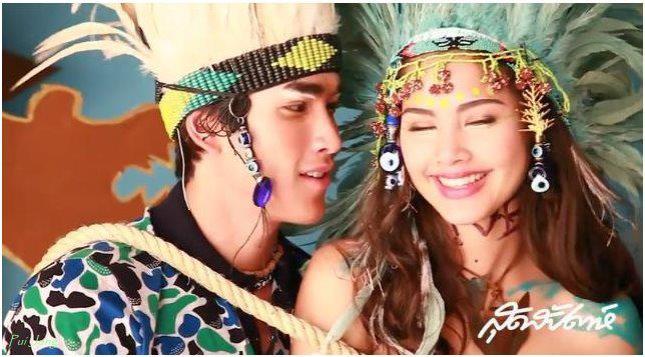 I understand. Holding in three episodes of GRGR’s spasm cannot be healthy. This post allows you to share your frustrations and jubilations regarding the upcoming episodes, as you’re watching them. There are other forums and sites to express yourself, but should you want to share your feedback with me- and the rest of my fellow GRGR enthusiasts- feel free to leave your two cents here. I will spazz along with you just as soon as I dust off the grainy sands from in between my toes =)

Until Sunday my friends.

Preview Recap for next week’s episodes:

After Saichon was propelled to cry in anguish, silent tears- due to Chompoopae’s evilness- the preview for next week’s episodes flashed before our eyes.

We see the beautiful duo put their heads together, in their signature, Koh Min’s style, and Charles said, “Nangfah’s family is Saichon.”

Charles pushed Fahlada behind him, protecting her. “I will never let you take Nangfah way from me again!”

The two pummeled each other’s face, a repeat of a similar scene, 3 years ago in Koh Min.

As Charles fell to the ground, Fahlada ran to him screaming “Saichon!”

And we hear Charles voice, “I wish I will be born to love NangFah in every lifetime.”

A flash of Chompoopae’s angry face greeted us as she threatened her sister, “You must disappear from here!”

“I love you P’Pae!” Fahlada belted out to her sister.

Later Yia-Sah has Fahlada in one arm and a gun in the other, pointing it at Charles, “I want your life!” he demanded.

And a gun goes off as everyone’s shocked face appears on the screen.

No part of this blog’s contents may be copied and pasted (including copied and pasted on your blog, website, facebook, forums etc) without prior authorization. All contents are written by Lovefia. You are welcome to link to the post/pages but please do not steal.