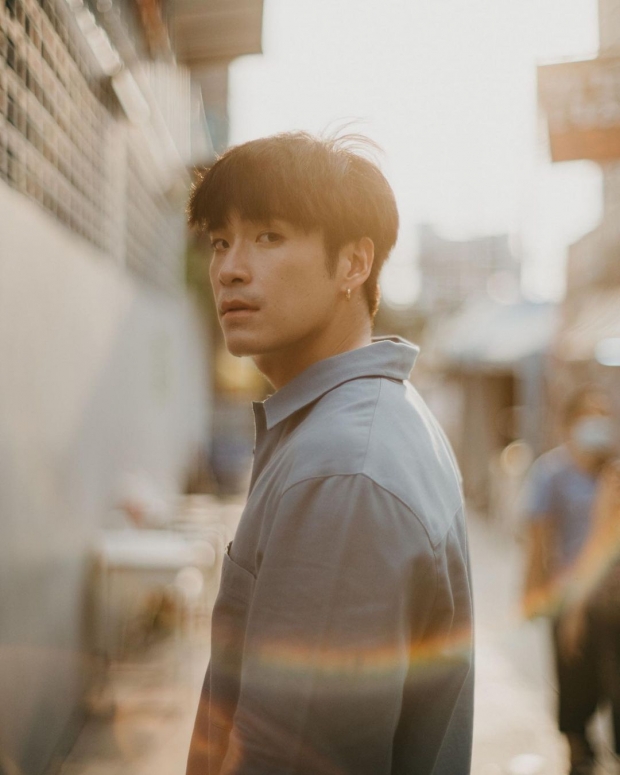 If you are watching this newest weekend installment, Kaen Rak Salap Chatha – which of course you can head on over to Neko’s for that – you already know two episodes in that this show is surprisingly good. It has a great directorial hand, gritty and stark, matching the tone of this show. The editing is so smooth, you are left to focus solely on the characters, their desperate plight and how they will get out of the situation. By situation, I mean the body swapping, destiny swapping debacle caused by the blood moon. I have written a synopsis on the previous post, so you can get the full details there, but this post will focus on character review and juicy spoilers that you may not see coming. The twist has a twist. You have been warned dear readers – do not proceed if you hate spoilers.

Full stop. Alek as bad boy Wat is captivating. Alek literally becomes Wat in this show, his acting is so on point you will start wondering if he is acting or playing himself. Which will leave you feeling conflicted for falling for a bad boy. He is so bad, but he is so hot. But what is great about this show is that there is a reason why he turned out the way he did. Wat lost faith in the world because his dad raised him with no love or affection. He turned to the entertainment industry at a young age and left home, despising the old man who was never a father to him. Wat also turned to drugs, and inevitably drug dealing. He has a girlfriend named Ginny, who inadvertently gets involved in it too. Wat is a playboy, believing that there is no one in this world that is truly genuine. So, he decides to be the biggest douchebag and to hell with the world. One day he overhears that his boss (Diew) wants to get rid of him because he will bring trouble to them, so Wat steals Diew’s money and drugs and makes off with them. Meanwhile Ginny knows she has a shitty boyfriend, but she fell in love with him because both were abandoned by their families. Deep down she hopes one day that he will change. 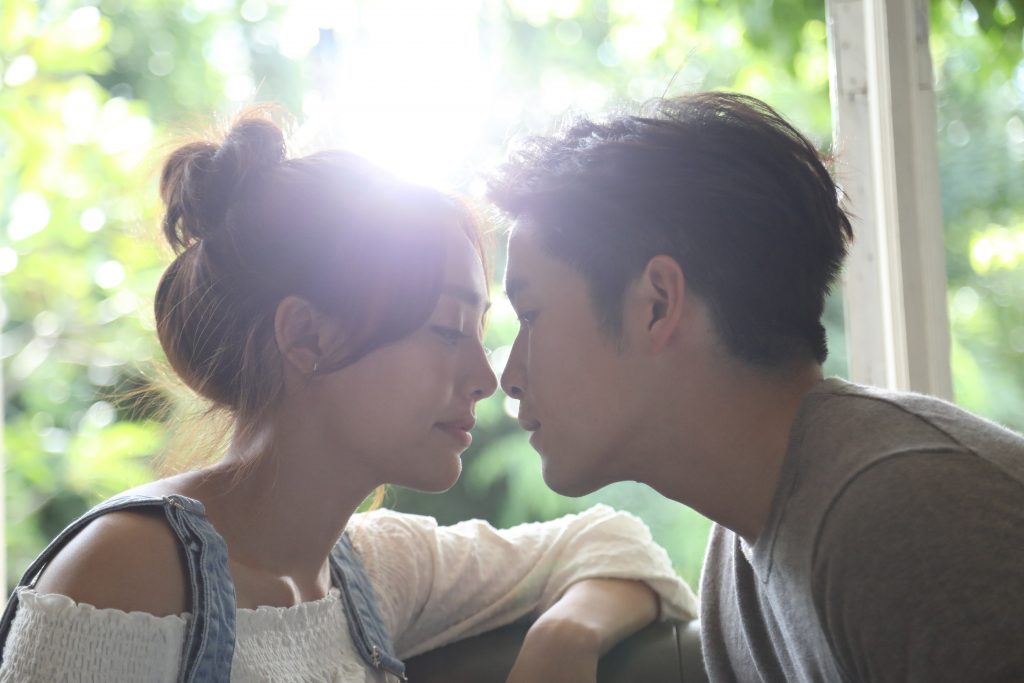 Tet on the other hand lives what seems to be a perfect life. He is the only son to the richest Logistics CEO in the country, he studied flight engineering in Germany and has been promoted to a co-pilot and has an enviable love life. One of Tet’s trait is being controlling, he likes to manage his life and his girlfriend’s life. While he thinks he means well and he is doing this out of love for her, in her eyes, it is stifling and disrespectful. Dr. Kulanit can manage her own life thank you very much. The conflict in their relationship has been brewing for so long that it culminated to a head at a proposal party, Tet asked for her hand in marriage, thinking he is surprising her, but Kulanit rejects his proposal in front of everyone because she sees it as another reason Tet is planning out her life. Granted, in a healthy relationship, a surprise proposal is rather romantic, but these two are not even on the same page, so Tet’s actions backfired. What’s worst, he said the one thing that one should never say in a relationship unless one is ready to back it up, he snapped and said that they should break up. Kulanit finds this as a way out and says they will proceed as he wish then, but of course Tet did not mean it, he said it out of anger and embarrassment, but the damage was done. 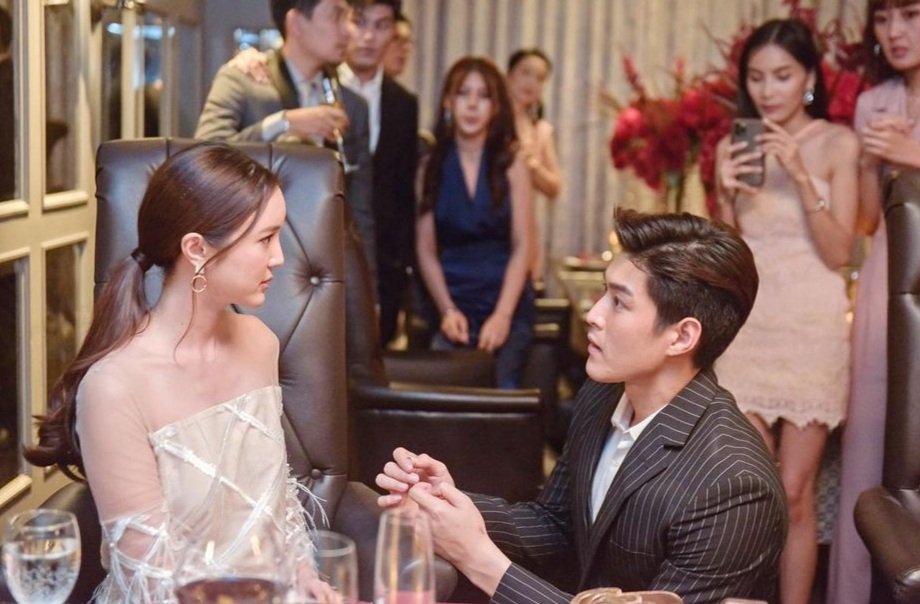 After the collision between the two main characters, and their souls are swapped, things get even more interesting. Wat’s dad makes his appearance at the hospital. He is not super stoked about seeing his son, not because he is hurt, you can tell that Dr. Sunai detests Wat, which is opposite from Tet’s parents who adore and fret over their son. We even see that Dr. Sunai tries to suffocate the younger man with a pillow, which had me reeling, because no matter how much a dad hates his son, why does he want to kill him? As it turns out, Dr. Sunai has a deep hatred for Tanapob (Tet’s dad). It stemmed from two encounters (1) Tanapob’s dad had taken the liver that should have gone to Sunai’s father, who ends up dying because of it and (2) Tanapob “steals” Sunai’s girlfriend (Titiya) who marries the richer man to help her family financially.

Sunai ends up hating the duo for the betrayal and decides to wreak is own vengeance when the time came. Titiya trusts him still and thinks they are friends, so she entrusts him to be her IVF doctor. And Dr. Sunai did something really messed up. He extracts two viable eggs and artificially inseminated one with Tanapob’s sperm and the other with his sperm. The plot has twisted, friends. I am just hypothesizing what happens next, but I think Dr. Sunai may have given his/Titiya’s embryo to be raised by Tanapob, while he kept Tanapob/Titiya’s embryo for himself. Because that explains why he hates and neglects Wat, and this would be the greatest revenge to his enemy. But this bit will reveal itself as the story progresses, whatever direction they go, it will be interesting to see how this all plays out: did their fate get swapped even before they were born? 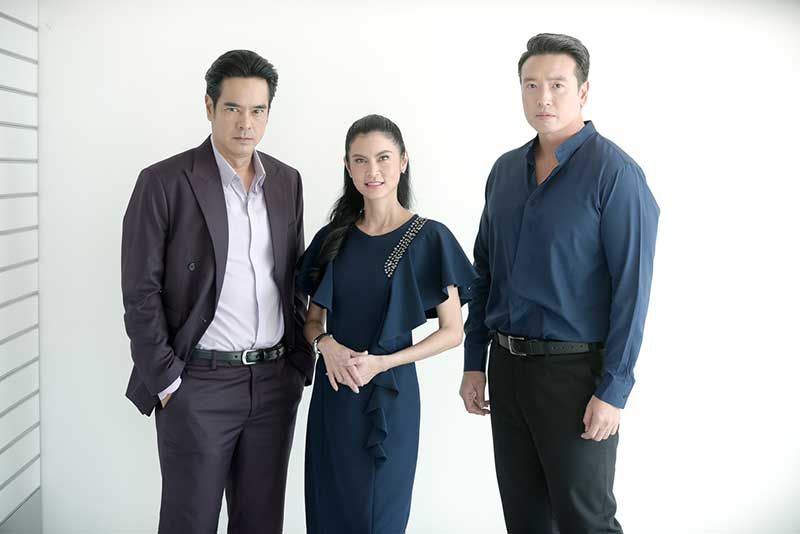 This sure makes the whole body-swapping/destiny-swapping hit a little too close to home. Another interesting bit is that when Wat gets physically hurt, Tet would also get hurt. There are other interesting parallels going on here as well, you wonder why a Logistics CEO can spit vitriol or act like a big boss when it comes to anyone crossing him. He is sweet as pie to his wife and son, but the minute you fail him – he knocks you down a few pegs. He is not happy that Kon or Kulanit rejected his son and caused his son to end up in coma in the hospital. And when he meets Wat (who claims he is Tet), he beats the crap out of him. In fact, underneath that CEO persona is the big boss of drug trade. It is all coming full circle, with Diew working for Tanapob and Wat working for Diew. Sunai is panicking because the pillow suffocation did not work and Wat had stared right in his eyes, but he does not know that is actually Tet, who he is going to wonder why the father is trying to kill his own son.

Whatever the truth may be in this twisted fate, one thing is for sure, I am liking the chemistry between Alek and Namtarn. While Tet wants to go back to his life and make it right with his girlfriend, I hope by being in Wat’s body he can see how much he cannot control things. I do hope he ends up with Ginny, since they complement each other and can change each other, but your guess is as good as mine. I did not even see the plot twist coming. I am sure there are more revelations and surprises down the road, this show is anything but boring. Though selfishly I wouldn’t mind seeing more bad boy Alek before he gets all soft. I guess I am the twisted one now. 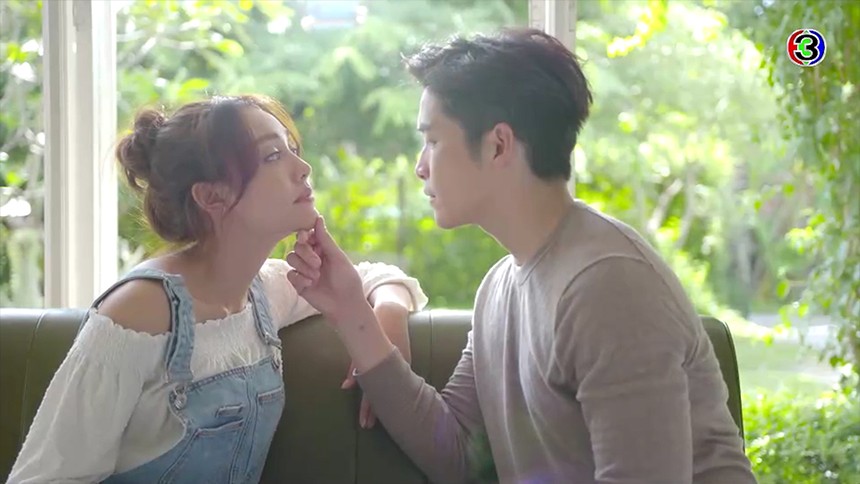